Blueprint’s Course of Action Assessment is highly recommended as the first step of any project. It combines expert guidance and diversity of thought with intimate business knowledge gained through extensive interviews and a deep dive into the company’s processes and procedures. Blueprint brings the expertise and outside perspective necessary to analyze and understand a company’s current state and design a roadmap to reach the desired future state.

Pinpoint the root causes of infrastructure issues, bottlenecks and overspending within your organization to free up additional sources of spending, eliminate time-intensive procedures and allow for long-term business growth.

Identify actionable quick wins to implement immediately either after or during the assessment.

Blueprint believes solutions should always be customized to fit specific business needs and goals. A CoAA allows Blueprint to understand those requirements before developing a custom solution, eliminating the need for later rework. Through extensive interviews with key stakeholders and research into the company’s data infrastructure, supply chain, processes and pain points, Blueprint identifies the root cause of critical business problems, not just the symptoms of those problems. The next step is to outline the current process flow and technical architecture to establish a baseline as a foundation for improvement. This phase can often include a Project Definition Workshop. As a result of the CoAA, Blueprint recommends a desired future state and a roadmap to achieve that future state. It breaks down the project scope, objectives, deliverables and quick wins that drive ROI, providing everyone with a clear understanding of the vision, what all should be included in the project and why it is needed.

By the end of the assessment, Blueprint will deliver the following items: 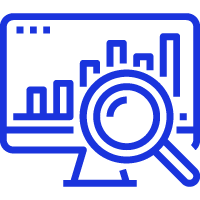 We will answer key business questions and identify insights as a result of the assessment. 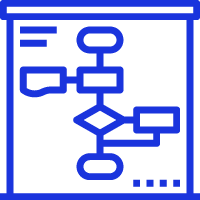 Current state of the business definitions

With a clear understanding of the current landscape, we will identify and outline pain points, run risk analysis and offer recommendations for future adaptation. 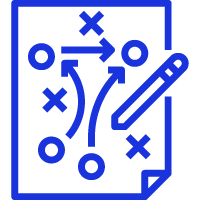 We will provide reference architecture in support of the data requirements, analytical desires and security requirements. 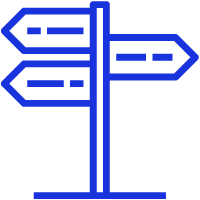 A roadmap for the future

Blueprint’s architects will create a prioritized and sequential plan to implement for both short-term and long-term goals.

An international quick-serve restaurant chain was struggling to leverage the total value of its siloed data. With more than 5,000 restaurants around the world, this QSR company should have had enormous amounts of actionable, insightful business intelligence at both the corporate and franchise levels, including sales and inventory data, customer order preferences and locations and labor data. But instead, sales reports and marketing insights were labor-intensive to produce and untrustworthy. The company reached out to Blueprint to help identify its best path forward.

During the assessment, Blueprint narrowed in on several key areas negatively impacting the company’s ability to leverage its data. The company had more than 36 different software systems, services and data warehouses, many of which were not integrated. Those that were integrated often produced inaccurate data. Some data sources were only syncing twice a week, and all sales transactions and labor data were entered manually. Employees didn’t trust the data, which led to them spending hours or days validating and manually copying data from one system to another to run reports.

Within 90 days, Blueprint presented a design for an improved data architecture, a set of guiding principles to help the company make more informed tech decisions and a roadmap to untangle and modernize its data architecture. The roadmap included Blueprint’s recommendations on which legacy and duplicative systems to retire and how best to consolidate its BI systems and generate reports. It also became the guide for Blueprint’s continued work to create a Modern Data Estate for the company.

Contact us and discover how we can help you.