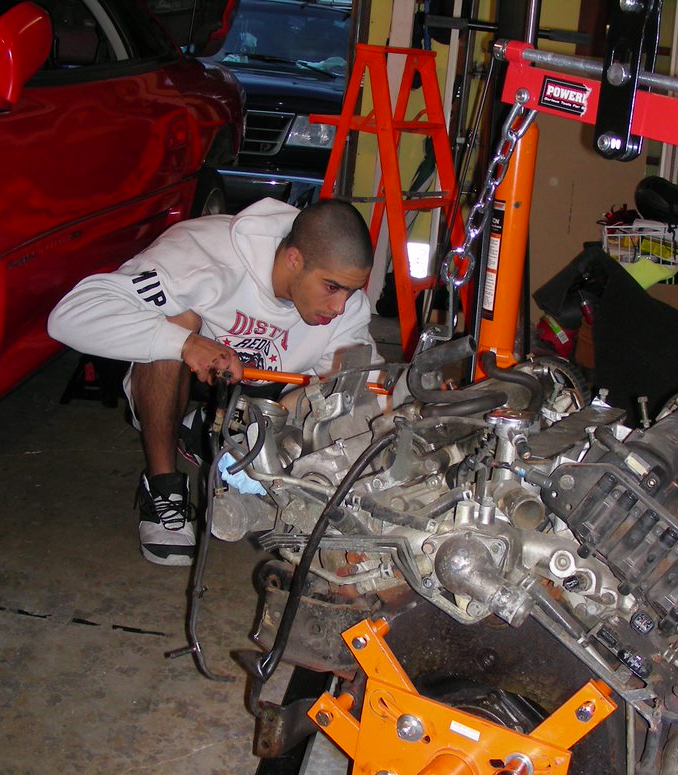 Michael rebuilding an engine as a teenager.

Driven by his fascination with and passion for so many things, Michael Hallak’s career has deviated completely from the plan to design electric cars he made for himself in college. Looking back, his expanding interests and career evolution set him up perfectly to become the new Director of Product Sales at Blueprint Technologies, where he’s been charged with leading awareness, evangelism and adoption of Blueprint’s technology products.

Michael joined Blueprint in May 2021 as a Sales Engineer, operating in a technical pre-sales role. Blueprint quickly recognized his leadership qualities, love of customer relationships and diverse background in electrical engineering, software development, data analytics and product sales. This combination of skills represented the unique diversity of thought the company looks for in all its employees, especially its leaders.

“I was drawn to Blueprint for the inherent entrepreneurial opportunities here,” Michael said. “That’s always been my thing – I love wearing a lot of hats and want to be on the ground trying new things.”

Starting at community college, Michael envisioned becoming a pediatric surgeon. Once he began taking classes, though, he realized he liked working on machines more than he was going to enjoy working on people. He had been tinkering with machines as far back as he could remember, taking apart his family’s computer when he was six years old. The more surprising part for himself and his family was that it worked when he turned around and put it back together.

After Michael’s brother was T-boned in a car accident, Michael, then a teenager, bought the car for $600 and restored the body. He then turned around and sold it for cash to pay for an engine, which he rebuilt and installed in another car. In college, Michael decided not to major in mechanical engineering, though. Instead, he focused on electrical and computer engineering with dreams of becoming a design engineer at Tesla.

“As I approached graduation, I realized there were not a lot of opportunities to work in the auto industry while living in the Seattle area, and I didn’t want to move,” Michael said. “I had dipped my toes into the software side of the electrical engineering in school, and my first job out of college sent me down that path.”

At INRIX, a market-leading mobility analytics and connected car services company, Michael was hired as a program manager focused on the Scorecard product – a showcase of comprehensive data and intelligence offered by the company. Because INRIX was still a startup at the time, Michael’s role quickly became a hybrid of program management, data engineering, development and analytics content production. He ended up turning a 100-page PDF that took months to create into interactive Tableau dashboards, stretching the limits of Tableau Public. 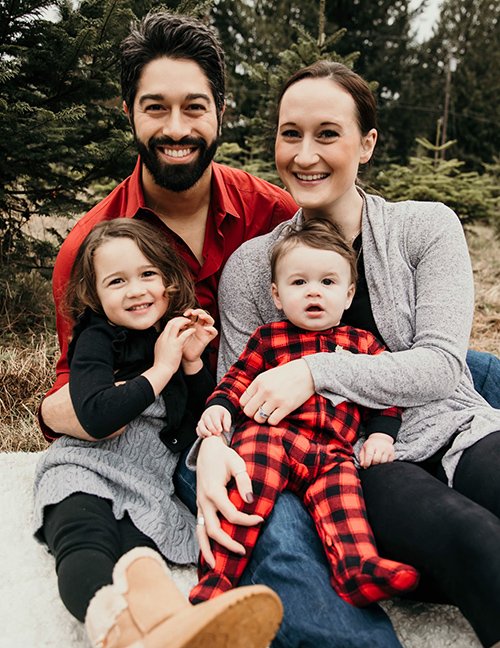 Michael with his wife and two children.

His exposure to the Tableau ecosystem landed Michael a job at Tableau, where he dove into a technical track. He wrote custom business applications to enable the sales and support teams to be more productive, and just like INRIX, he operated as a developer, project manager and QA engineer. As his team grew and the PM and QA roles were filled, Michael realized just being a developer was not for him. He wanted to be close to the customer again.

“I missed interacting with people and had a desire to grow closer to the customers,” Michael said.

He was able to satisfy that craving when he moved into the consulting world, working for Decisive Data, a data strategy consultancy, for nearly six years. There, he focused on building teams and ensuring rigorous delivery standards by molding methodologies and solutions into sellable products. He also led the technical side of the sales cycle for all disciplines across the organization.

Getting started in his new role at Blueprint, Michael’s priorities include growing the product sales team, identifying ways to evolve each product and establishing Blueprint’s custom solutions in the marketplace. But mostly, Michael is laser-focused on the customer and their needs.

“Product really starts with the customer,” he said. “You need to have deep empathy, not only for the problems they are facing, but also for the purchasing motions they expect to undergo when buying a solution. ‘People buy trust’ is a mantra of mine, so it’s important that their expectations are validated throughout the selling process, and into delivery, usage, and adoption of the product.”

The future of your career begins now.